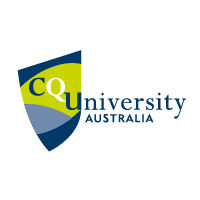 Central Queensland University is the largest regional university in Australia established in 1967 in the name of Queensland Institute of Technology (Capricornia). On the Initial base there was not any campus and handful staff. It was started with only 71 Fulltime and Part time students. By 1992, CQ declared as official University named University of Central Queensland. University got its current form and Name in the year of 1994. Today University enrolled over 32000 of students. In less than three decades, University expands its campuses across the Australia in the cities such as Brisbane, Melbourne, Rockhampton and Sydney, Cairns, Noosa, Bundaberg, Adelaide, Emerald, Gladstone, Cairns, Townsville, Mackay. University provides all basic amenities to the students of Australia as well as students from worldwide.

Do you have questions regarding CQUniversity Australia ?

Do you have questions regarding CQUniversity Australia ?